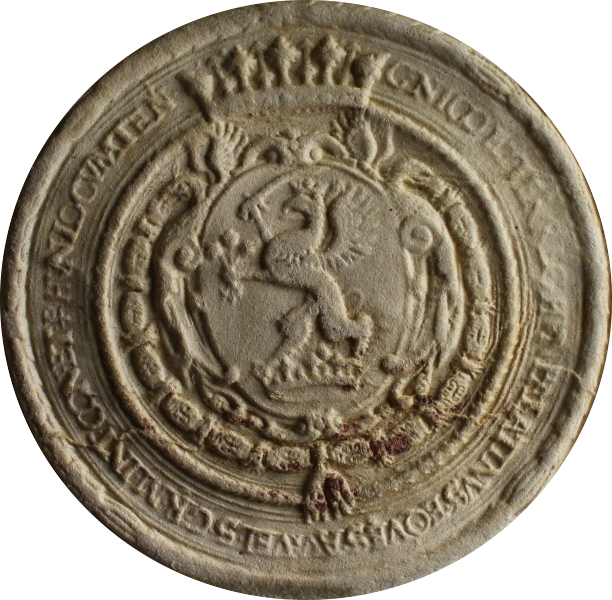 We are a family association of members and descendants of the family of Count Esterházy de Galantha et Frakno. Our mission is to save the historical monuments of our ancestors and preserve them for future generations. We want to make our manor house accessible to the general public through museum exhibitions and cultural events. With our partners we are preparing interesting events such as:

You can help us too!

If you happen to have items related to the Esterházy family, you can donate them to us or we will buy them from you. Therefore, please do not hesitate to contact us at the following e-mail address: muzeum@esterhazy.sk

History of the family

The Esterházy family belongs to the ancient Hungarian nobility, known since the 12th century. The earliest historically proven ancestor was Mocud Magister Comes de Genere Salamon et Watha, in 1186. He was the owner of a settlement called Watha (now a village: Zlaté Klasy, Slovakia). In 1421, Benedict de Eesterház expelled the Galanta manor. Galanta thus became the seat of the Esterhazy family, and all of Benedict descendants began to use "de Galantha" as their noble predicate. From Galanta also came the prominent Palatine Nicholas Count Esterházy, who was greatly influenced by his uncle, Palatine Stephen I. Count Illésházy de Illésháza, as Palatine was the representative of the King of Hungary. The family acquired the Strečno estate in 1601, the Zvolen and Dobrá Niva estates in 1614, and Bytča with parts of the Orava and Lietava estates in 1626. In 1642 they acquired Šintava and Bernolákovo, in 1675 the castle manor of Levice, in 1690 Vígľaš and other estates and property shares in the territory of today's Slovakia, Hungary and Transylvania. In 1626, Nicholas Count Esterházy received the hereditary title of Count for his descendants. The family has always been inclined to piety, and several of the family became ecclesiastical dignitaries of the Catholic Church and also religious writers. Among them was the Archbishop of Esztergom and Primate of Hungary, Imrich Count Esterházy, who crowned Queen Maria Theresa of Hungary in Bratislava, then the capital of Hungary. As Grand Master of the Order of St. Paul the Hermit and Archbishop of Esztergom and Primate of Hungary, he built around 70 new churches in the territory of the Archdiocese. He himself spent more than 2 million gold pieces for religious and cultural purposes. In the past the family had successful and unsuccessful periods, times good and bad. The willingness not to give up on one's own convictions is characteristic of the Esterházy family, as the family motto "DUM SPIRO SPERO" (translated: As long as I breathe, I hope) calls it. Family members proved their courage by participating in battles where the Ottoman Turks pushed into their Hungarian homeland in repeated waves. They helped as defenders in the siege of Vienna and in the liberation of Buda. During the Austro-French War in 1809, Napoleon offered independence to the Kingdom of Hungary, headed by Anton Prince Esterházy, after the intended partition of the Austrian Empire. Later, the crown was also offered by Nicholas Prince Esterházy, who did not accept the offer either. The Esterházy family always remained loyal to the King of Hungary, although part of the nobility sympathized with Napoleon. The Esterházys were: Hungarian palatines, marshals, Croatian bans, royal councillors, politicians, diplomats, bishops of Jäger and Esztergom.

The museum is temporarily closed!

Before you can visit the museum, we have prepared a concert by the important Czech composer Aladar Lašanský.

Director and lecturer of a family organization with more than 800 years of tradition in the territory of today's Slovakia. Nikolaus Paul Esterházy full name: Maria Nicolaus Paul Moritz Aloysius Georg Constantin Ernest Anton Ignatius Count Esterházy of Galanta and Franconia is a descendant of the younger Fraktov branch of the Esterházy family. Nicolaus, or Niki as he is called at home, does not deny his native genes, not only in his appearance, but also in his professional attitude and Christian values. He majored in electrical engineering, but his relationship with history and art led him to a very different life path. When he started working as a lecturer at the National Museum six years ago, he had no idea that this would lead him to the idea of fulfilling his father's dream of founding the Graf Esterházy Schloss-Museum family organisation. Nikolaus lectures as an expert on social etiquette and the history of the Esterházy family. He regularly participates in professional seminars and conferences. In his spare time, he is interested in restoration, heraldry and traditional crafts.

Responsible and meticulous lecturer who prepares systematically and knows how to adapt to the needs of the audience. Tibor Peter Bomba has 38 kokes and comes from an esteemed noble family from Bischdorf. He graduated in Tourism and has been working at the National Museum for more than ten years. Tibor can quickly adapt the topics to the audience's requirements and is able to make excellent connections between art and the history of the Esterházy family.